LET'S CONCENTRATE ON 'MADE IN INDIA'. 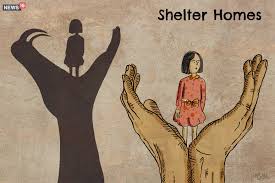 On 20th September 2018, the Supreme Court told the media to tread cautiously in reporting rape. However it admitted that though there cannot be a blanket ban on reporting sexual abuse, molestation cases and rape cases, there has to be a line drawn somewhere to prevent sensationalising such incidents.

About a month back the world heard the screams of little girls from the Muzaffarpur shelter home in Bihar. Overnight this place of asylum became a place of alarm to be investigated into. A place intended to give refuge to the abandoned and the neglected, had sexual predators roaming free in it. The stories which began to leak out of the walls of lust shocked the world momentarily and then like always the world turned to look at other sensational stories. Media today bombards our breakfast, lunch and dinner tables with stories which give us indigestion and gradually build our immunity to horrible feeds.

The story of the 34 of the 42 girls, who had sought shelter in this horror home, was one of being drugged, violated physically, tormented and raped. Even a disabled four year old wasn’t spared the lust of some disgraceful men. Such savagery couldn’t have been possible without the loud screams of the victims breaking through the walls and today we are told that the residents living in the vicinity were probably conscious of the crime committed and yet preferred to let their conscience hide under a cloud of fear of the powerful few who often rule the many nincompoops.
The Muzaffarpur case is a sharp directive to the position of women and young girls and sadly even little baby girls in India. Being a developing country it has focussed on a lot of external developments. The present government has in fact invited the world to ‘Make in India’; but what our government needs to pay attention to is what is already ‘Made in India’ – HER MEN! A mass surgery needs to be done on the pervert eyes of many men of this land. I assume that I would be right in saying that there will not be even a single girl or woman in my country who has not been winked at, touched inappropriately, rubbed against in crowded public transport or stripped naked with dissolute eyes. Every woman has sometime or the other experienced any one or all of the above nauseating moments.

It is here, not the ‘Fault in our Stars’ kind of a story but ‘Fault in our Upbringing’ that has brought us to the level of transforming refuge homes into repulsion homes where a  place set up for protecting the unprotected becomes a ghost house as every inmate has a haunting story to share from there.
The world is evolving and her women are surfacing to be loud and bold. Women are today encouraged to be confident and ready to fight for their rights. And so we see them at various junctures demanding their freedom to wear short skirts or give up on the Dark Secrets, or to put it mildly, the traditions which are painful like FGM (Female Genital Mutilation) and the like. Since years now, Indian families have learnt to be proud of their daughters. The number of baby girls aborted or thrown into public waste bins has definitely lessened; but this progress has been one-sided. While the girls have had an upward journey, the boys have been neglected and a large number of them are yet struck up in their past dominance. The ‘He for the God and She for the God in Him’ sketch in the heads of a majority of the male members today desperately needs a face lift.
Generation after generation now, a majority of our boys are stuck in the era of the Sati Age. In those days young widows would be forced to jump into fires which consumed the body of their old-men- husbands and today also, worse still, little boys, young men and old men continue to burn the emotions of many a women.

However, not all men are left in the age old backyards, for instance an ex-student of mine urged me to write this post. He was horrified enough by the Muzaffarpur case to push me to write this piece. Probably he was taught right by his parents to respect women. Probably his mother taught him to cook like his sister, to take care of his younger siblings at home, to appreciate working women in his surroundings, to wash dishes and to take care of an ailing grand-parent. He was probably taught that all responsibilities had to be shared by both men and women. Probably he was taught to set his way of living right, to prioritize the other, even if she wore a skirt, tight jeans, a burkha or a bikini.
Today, I think that the Supreme Court needs to warn all parents to bring up their sons like Gayaz Khan, my ex-student. We have a few such Gayaz Khans, but the need is for many more in order to eradicate horror homes like Muzaffarpur.