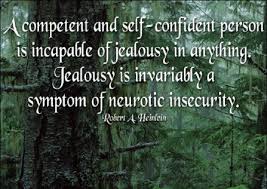 As a child I had heard a story about a tiger who wanted to be the king of the jungle. This tiger was miserable and clothed in jealousy. He wanted all the love, respect and glory the Lion King got from all the other animals in the forest. His desire made him mad with envy and he tried to convince all the other animals in the forest about his greatness. But he realized that he could do that only if he demeaned the lion and so he tried hard to do just that. He like threw acid on the character of the lion and some foolish animals heard him out and believed his lies; but the wise ones kept a safe distance from the tiger’s burning jealous desires. As usual in stories evil cannot supersede good and so was the case with this tiger and lion story. Depressed about his inability to be one over the king of the jungle, he decided to leave the place and search for some other destination where he could rule like a king and get the same amount of respect he so much envied. He went to the sea and pondered about swimming across to reach an island where he could be the alone king, like the lion. He soon realized his incompetency but just then a whale swan towards him and asked him where he had wanted to go. The creature then obliged him by giving him a splashy ride through the waters to the island. On reaching the island, the tiger felt his stomach hungry for food; but there was nothing over there for him to eat. He had to endlessly wait there, a captive of  his own thoughts, till a ship anchored there and a few men came and put him in a cage and took him away to be shown to the world as their priced collection. He was now fed well but he had become a prisoner behind bars never to be set free to live a life of freedom.

This story probably holds an answer to the envious and jealous people in our world. They are like the tigers who want to be treated like the lions but have neither the royal capacity nor the self worth. They then go about being a menace to civilization and finally get caught in the prison of contempt.

Amazingly, the story revolves round the tiger who is the villain of the tale and not the lion who in fact is the king of the jungle. The question here therefore is not all about the tiger. The story teller doesn’t speak about the lion because it is well understood that the lion is the crux of the tale. I suppose the writer has not spoken about the lion because the lion in himself is great and needs no push or pull to hold ground. He is the modern day ‘I Am’. He stands unshakable and knows too well that the tiger is neurotically insecure.  He is like the eagle that remains unperturbed by the small storms and holds the ability to fly above them when the tiger is busy creating drama of pure lack of self-confidence.

The sad part of the story is that the tiger is a tiger by birth and no matter what, he can never bring about a transformation in his being, but the good news for man is that: “Being male is a matter of birth. Being a man is a matter of age. But being gentleman is matter of choice.” – Vin Diesel
Photo credits:Google