INDIA SHOULD BE ASHAMED OF CELEBRATING WOMEN’S DAY 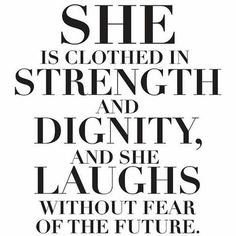 A few days ago, my daughter called and asked, “Mum, do you know what the problem is?” and without waiting for an answer continued, “The problem is that I am a woman. I can’t help that though.” This angst was regarding the disparity regarding her salary. The Monster Salary Index has researched and found that Indian women earn quite a bit less than the Indian men even though they may be placed in the same position and work the same number of hours.

Today we may not be having a blatant disregard for women like in the olden days, but women still continue to face prejudices; which to avoid inconvenience, many of them brush aside like dust particles under carpets and sofas in their living rooms.
Yes of course women did get, or rather fought for rights to vote or to get educated; or in Mr. Narendra Modi’s India, a toilet to pee in privacy; but there is always a horror story which women seem to be scared of at their homes or work or even in the streets.

In fact on the 16th December 2012, every woman and every man who loved a woman was shaken up by the horrific Delhi gang rape. Since then the fear psychosis continues everyday in all places; even in schools where bra straps get snapped in classrooms in the presence of male teachers who tell the girls to ignore the mischief.

It’s ironic that we study women at the university level in our country and yet are unable to brush off the dust of tradition. Personally I feel that India has no right to celebrate Women’s Day; in fact India should be ashamed to ceremonialize this day. Indian men urgently need to get rid of all their women deities from their temples; their Laxmis and Sarawatis, Durgas, Kalis and Mother Marys must be brought out from the temples and churches as due respect to them from the hypocrisies of duel standard worship. These men must relearn instead to shift their form of veneration; transforming it with reverence towards their daughters, sisters, mothers and wives and women friends.

India must understand that her women don’t hunger for awards during fake elaborate entertainments, where Women’s Day cards or bouquets of roses mean nothing but business for card manufactures and florists. This pink spirit for one day and for the rest of the days the gloom of blood is not digestible.  Women all over the world are in general a strong and smart species. Their courage, their resistance, their smartness, their emotional strength in their day to day life is itself a great occasion for an Every Day celebration without any sort of worldwide recognition.

So this year, sans all the frills of this international celebration, sans the hypocrisy of a good number of Indian men, I prefer to salute this creative force in the world by acknowledging her greatness in all her simplicity.

Happy Every Day to her, who has been serving at my place and making my life easy for more than two decades. Sometimes happy and sometimes grieved; of course she has her moods; which I have learnt to manage, for I know that back home she has to manage a lot more. Married in her teens, troubled by her alcoholic husband and with a toddler in hand she dared to step out with fear and courage to give her company on the rough path called life. In all her illiteracy she had learnt that education was a must for her daughter in order to save her from a life like hers; and now her daughter, an economics major, has bought a home for herself. Today, I salute this courage that overcame fear.

Happy Every Day to her, who fell in love. They grew up together and yes, even got married. Strangely he found someone else. It broke her heart. She asked, ‘How could it have been?’ because it was a long time relationship. A shirt of self-sympathy and an overcoat of sympathetic pats on her back would have been so much more comfortable to shield from the world’s breeze of mockery; but she chose to take a swim in the harsh waters of life. Stepping out of marriage she chose to live life with respect. Today, I salute this strength to overcome disrespect.

Happy Every Day to her, who was too young to understand the difference between a good touch and a bad one. In those days there was no awareness too. Yet, she knew that something was wrong. There was no comfort in his lap. She stopped going near him; hid when he arrived. Showcasing his nonexistent innocence, he kept inquiring why she had turned so shy of him. Now she was big and strong to face the hypocrite. One day she knocked at his door. His wife welcomed her home. It had been so many years ago. “What has brought you home?” she asked. “I wish to confess”, she answered. He was old and his hands shivered; the old man’s disease. She went and sat on his lap. He smiled surprised and said, “Young lady, you are too old to sit on my lap now.” “Oh yes, I know”, she replied. “I just wanted to know if you would have the guts to touch me wrong even now”. Today, I salute this confidence to recognize a wrong and make it right.

Happy Every Day to her, who in a world that rejoices the birth of little boys, was a proud mother of two. They took long to grow and she worked hard too. But one day, the usual bickering and irritable one; unlike the fairy tale ‘one fine day’, she shifted herself to an old-age home because she didn’t like being shifted every few months from one son to another. She had worked hard to make them stable in life and didn’t appreciate the instability they offered her. Today, I salute this power of vision which sought self-respect even when vision in her eyes had gone weak.

Happy Every Day to her, who continued in her marriage for her children; whose strength lay in abandoning personal joys for the happiness of others. Today I salute this power of sacrifice that woke up every morning with a smile in spite of the tears of last night.

Happy Every Day to all the women who in spite of having a voice, had to go through remarkably quiet and difficult personal journeys to find their vocal cords.

Happy Every day to all those women who didn’t ask who would let them do it but instead asked who would stop them from doing it.

Happy Every Day to all those women who could have sat down and cried till they died; but who instead wiped their tears and chose to stand strong.
Posted by Unknown at 20:40