EMANCIPATION IN THE BACKYARD 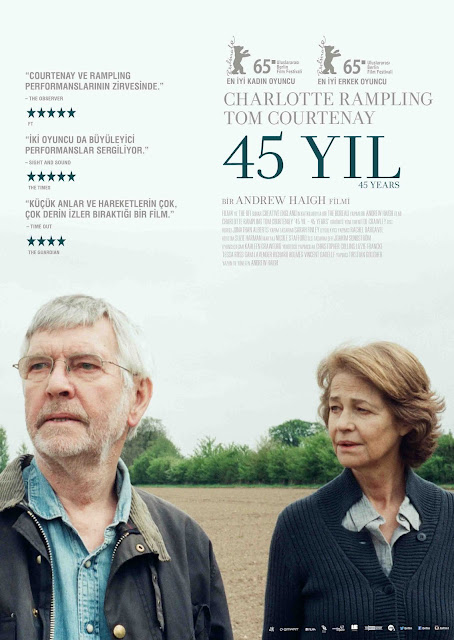 No matter what the world speaks about women’s emancipation and the revolutionary women who dare to step out of their skirts and begin wearing pants, there is always some place or some upper hand holding them down with the age old adage which repeats ‘boys will be boys’ and allows them to excuse bad behaviour of the other gender.

It is as if the whole world of women is a pot of mud on the potter’s wheel and of course the potter is a man giving desired shape to the pot. At the end of his creation he has in all probability given rise to a patriarchal mold.

In this battle of gender equality, many women have successfully won equal rights in their peripheral worlds, but many I’m sure have sacrificed their hearts and minds due to societal pressures. However, the women who courageously lift themselves up from quicksand like situational and circumstantial spots are those who express their inner voice in an outward action. They may outwardly appear to stagger under the load of emotional burdens but in the end prove themselves strong. Their individual small stories display the big struggle of womanhood in personal or public arenas. Their persistence to stand up above the common acceptance of many in similar situations is what in the end makes them stand tall even if they are seen standing alone.

A very popular personality from India recently moved on and no doubt that the nation will always remember and grieve the loss of Jayalalitha the chief minister of Tamil Nadu who lived her life on her terms. Her death brings to my mind a condition of vacuum in the lives of a great number of women, caused largely due to restrictions and mannerisms posed on them by their families and society. Jayalalitha was a bold lady; strong enough to accept being a failure in her personal love life and yet holding on to the spark to create an identity for herself. Probably women need a fire in them to create a strong platform for themselves. After facing rejection from being accepted in a legal relationship, she boldly refused to accept the Indian tradition where a girl was born a daughter, to become a wife and die a mother. Though she failed to achieve the wife status, she prophesied that she would die as a mother and rightly, many in India have lost their Amma today.

But India and the world have an inexhaustible number of strong women. Yes of course when we lose them we have wet eyes but life moves on with their memories.

A few days back I had the privilege of watching ‘45 Years’, a British Romantic Drama Film, directed by Andrew Haigh. It was actually the least frightening ghost story that I had ever watched till then. When I say ‘ghost story’ I do not mean the one which makes you grip the seat handles and sit upright; tensed enough and alert not to jump up to some sudden loud surprisingly scary music. Instead, the story starring Charlotte Rampling as Kate and Tom Courtenay as George is a very extraordinary story of a very ordinary elderly couple. I felt it to be rather an intensely complicated piece of work which made me begin to wonder about any insignificant matters of significance from the past which could be secretly holding on to a destructive power and capable of destroying the present.

The drama has a rude awakening for Kate from her slumberous existence where she daily walks her dog, visits the market and cooks the usual meals which make life appear to be moving on smoothly. Of course, on the surface level everything appears to be full of domesticated contentment but only till the arrival of some uncomfortable information from Switzerland. A letter we learn, brings into the life of the placid couple who are about to celebrate their 45 years together, the most significant character of the story. But ironically Katya is dead 45 years before she surfaces in this quite home. Katya stands out in her pictures as a bold young woman who had dared to live with a man without being married to him and worse still, she was pregnant. Mind well, we learn from the story that George meets Kate only after Katya’s accident in the Swiss Alps. The arrival of the letter informs him of the recovery of her body after four and a half decades, opening up an interior world of his unknown life to his wife Kate. The ground splits apart for Kate! The body of his live-in partner has been found in the Ice Mountains, preserved by nature.

Suddenly, George feels it his moral responsibility to go and see her but finally gives up realizing that even walking just a few steps causes him breathlessness. And so the film moves on show casing an intense emotional crisis for its female protagonist. Questions surface in her mind and she asks her husband if he would have ever got married to her if Katya hadn’t moved on.

He is honest in his answer and breaks her heart. I think that her pulling back her desire
to buy him a watch for their 45th wedding anniversary, is because she is wondering about the time she has spent with this man and how much of it has really been worth it.
However, in spite of the hurt, she wishes to forget the past and desires to begin all over even though it is so late in life; and it is here that we see a very gracefully enacted bedroom sequence where her hurt surfaces when he prefers to keep his eyes shut. Probably she is wondering whether their unison in the past has been between him and her alone or has Katya always been present between them?

The drama then beautifully moves on till the couple, immaculately dressed, walks into the anniversary party where the husband speaks in the memory of the years gone by. Actually nothing really happens and yet everything appears to have changed. Kate can be seen standing alone with a burden on her heart and mind. There, in the midst of the noise of celebration of togetherness she cries with a feeling of being stranded. She doesn’t have a living rival and yet the dead has proved strong enough to destroy her present.

However, the prize of watching the film is when Kate moves away from the gathering and stands in silence; a picture of strength. She is old but not without the power of self-respect. Let us not assume here that Kate is a grumpy old woman; she is in fact a quiet and uncomplaining wife and an understanding lady who has tried to learn about her husband’s past and has really desired to help him wean out of it. She has asked him questions, though has sadly been unprepared to hear the answers. She certainly couldn’t ever have not wanted the dead past to destroy her present and therefore has continued with the arrangements for their 45th anniversary. Those visits to the watch shop in the market are probably the director’s way of telling us something about time which has stopped from moving ahead and has instead gone far too back in her life to dig a grave. The question is, would this elderly protagonist of the movie, continue to live a lie or would she give air to the fire of survival in herself and move out? Does she have the courage to fight the situation that life has suddenly placed before her? As a woman who has lived with her man for ‘45 years’ she would never have believed that there could have ever been something about her husband unknown to her. Living together for four and a half decades, one would assume, would be enough to know one another inside out. The movie successfully jolts the viewer out of a very quiet and peaceful life of a very mature couple which goes berserk at the interference of a reality long dead and over.

In my novel, ‘Jars Filled with Gold’, I attempted to showcase the same unrecognized strength of women. My three female protagonists fought their circumstances in their own strength and stood out strong. 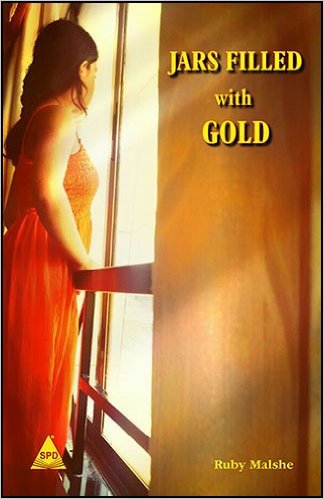 Traditional values may go against Kate in her decision. Many men and women would probably call her crazy for the decision she ends up making. Many would say that such a decision was probably an outlet of insecurity but few would like my heroine Maitreyi, and Kate from ’45 Years’ think that a decision was needed.

There are movies which promote gender justice and there are movies that promote humanism; but ‘45 Years’ promotes self-respect and I think that for that one reason it is a worth watch.

Filmmakers often rightly attempt to connect reason and reality in their films and I think ‘45 Years’ has reason enough to emancipate a senior female citizen in spite of the reality of her age. Resisting all fears of age and community beliefs, Kate stands up in the end for her right to self-respect.

Probably every woman, be it Kate or Amma or my heroines, have to fight their ways even if their journeys are lonely. As I sat through the film watching kate’s character unravel, an ostensibly troubled love song from the past played in my head. ‘See the stone set in your eyes/ See the thorn twist in your side/...Through the storm we reach the shore/ You give it all, but I want more/ and I am waiting for you/ With or without you’.  Yes, sometimes life proves itself difficult and pushes us to move on with or without the ones we love because we can’t help respecting and loving ourselves too. The Irish Rock Band’s song ‘With or Without You’ suddenly sang loud and clear in my ears. Kate was then ready to make a choice just like Maitrayi, the heroine of my novel had made. “She would never hide in the fear of loneliness; in fact she would stretch out with the limitless supply of love with her. She was a pioneering woman who had worked on her strength and courage to go ahead with a new life. Some deep inner promptings had urged her to make her choice. She would be eternally grateful to that something inside her which had allowed her the vision of this new ‘heaven’.” Kate too perhaps had a heaven in mind and Amma was already there.
Posted by Unknown at 06:09