“It may be your blood or theirs,
It is the human blood after all.
War may go on in the East or the West,
It will bleed the peace of world, after all.”
-         Sahir Ludhianavi 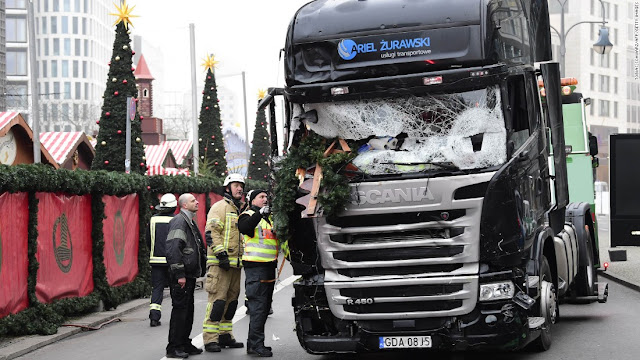 History provides us windows through which we can look into the past and understand our present to predict our future. If we fail to understand his-story and instead only mouth, ‘history repeats itself’ then our future will impute our failure of peaceful living to our lack of knowledge.

The Nazi past of Germany has awakened its present people on a mission to prevent what had happened a century back. When Germany opened its borders for migrants fleeing war and turmoil in Syria, Iraq and Afghanistan, its intention was to announce to the world that it had suffered enough in the days gone by and did not believe in war.

However, I believe that the country which is coping with the arrival of a million refugees after Chancellor Angela Merkel’s immigration policy, has realized that love and understanding is not what half the world is looking out for anymore. Pain and suffering for some have been too bad to forget and instead appear to have squeezed out any hope of love in return from affection and acceptance.

The Islamic world seems to have forgotten the message of love of Allah and the nations who are giving respite to it are instead in fear of ‘Islamization’. Germany may have done a great moral service by opening its borders, but has missed the point of cruel understanding that appreciation and thankfulness is at its lowest point in the world today.

One would think that a people who have escaped everyday bombings, would be grateful to be at rest in safety; though in not very good conditions of food, shelter and work opportunities because after all life is more precious than anything else. But some stories indeed have surprise endings. 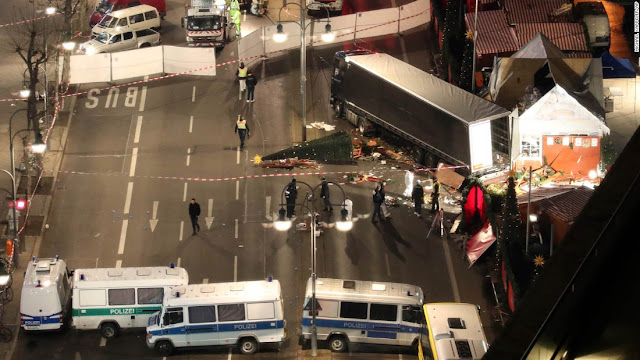 Now, when an asylum-seeker, mows down a Christmas market in a truck, the understanding of peace is bound to change. Those who have always preferred to see good in mankind will now be forced to see evil and move suspiciously. Now, the philosophy of love which had promoted one’s land to be shared with those in need will change and instead begin to shut its boundaries in honour of its victims. A moral obligation towards the world will obviously get shut down and focus will be on priority obligations towards the family first.
As I shut my eyes, I see a street in Berlin and amidst echoes of laughter and Christmas joy, I see glitter everywhere. But suddenly, amidst all the shops and stalls selling food and wine, I hear screams of pain and in moments everything gets crushed under revengeful wheels. I see anger rolling over lives cutting happiness into pieces of destruction. My mind informs me that it is a terrorist attack on an innocent and happy people. Then in this cacophony of war, I strain my ears to listen to a whisper. It says, ‘Terror is in the air. The world has become compassionless, ruthless and impulsively furious. Clouds of death can come all of a sudden even in the season of showers of love as ears pick up tunes of Christmas carols everywhere.’ My mind of understanding I can feel wants to give up on humanity. It tells me that there is no hope for this creature called man. He has transformed into a beast! He is drunk in hatred and clutches on to the dagger of destruction in his hands. Holding my disturbed head in my hands, I bend it to look towards my heart as if it needs to search over there for answers. My heart gradually gives strength to my shaken mind. It says, ‘Don’t ever give up the longing of peace. When the terrorists relish spectacles of destruction and drown the world in the sea of blood of the innocents, don’t allow that red colour to blind your hope. Life and death are not just illusions in this phenomenal world, but living powers which have to be fought for and against, till “In that day the wolf and the lamb will lie down together, and the leopard and goats will be at peace.” Isaiah 11:6
So I continue to listen to my mind and hold on to hope even though many call me an illusioned fool hoping against hope. For if we, even if we are only a few who want peace, get immuned to death, then how will life get a chance to live? So we keep the candles burning because it is after all only light of love that can show us a way through the darkness of hatred.
The light of wisdom then will tell us that, “Bombs may fall on homes or on outskirts, / They wound the spirit of life after all.”