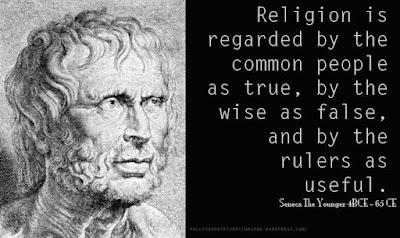 As I sat by a window to watch a drama of a festival being played on the streets of Mumbai, my heart reached out to unlock the prison of the human mind with the key of repentance. In spite of the Supreme Court order stating that the human pyramids for the Dahi Handi must not exceed twenty feet and children under eighteen should not participate in their formation and mandals must procure safety gear for their govindas, some handi revellers flouted the said order and continued to celebrate the festival in their own fashion. Pyramids did reach above twenty feet, children below eighteen did participate and basic safety gears were shunned. So, I looked up at the sky and wondered that if all was hell down on this earth, could it be that the heavens were empty. And then a smile rose to my face when I heard a whisper assuring me that to recognize an error and correct its direction was the only way to bring the lost to the light of truth.

Janmastami, the festival celebrating the birth of Krishna, whose main objective on the planet is believed to have been to get rid of all kinds of evil, has I feel lost its focus and become a festival to be celebrated by a majority of dangerous fun seekers.

Though Krishna took birth as master centuries ago, his reincarnation appears to be happening every day. Every character in the story of this spiritual king symbolizes different aspects of our human body. It is said that his mother Devaki, symbolizes the body and his father Vasudev, the life-force of the Holy Spirit. And so it is understood that when the life-force of the Holy Spirit enters the body, it turns life into Joy and full of Love.

However, it isn’t as easy as it appears. Devaki’s brother, Kamsa who symbolizes ego is always the biggest adversary of Joy and Love.
Krishna is often referred to as the ‘Butter-Thief’. Now what I understand from here is that though milk is the essence of nourishment of knowledge, it is only when this knowledge is churned to become light like curd, sans the ego, that it can help man to cross the oceans of strife without getting drowned. When Vasudeva carries Krishna over his head to cross the ocean, it could be for us to understand that our head which is the storage center of the ego has to be kept under the weight of Love for a smooth journey in the storms of life.

The irony of today’s man is that he is unable to conquer his ego and instead allows his greed to rule him; transforming the beautiful message of this celebration of the birth of Joy, which could bring waves of happiness to touch our hearts, into a Tsunami of destruction and pain; disgustingly transforming it into one of injuries.
“He is the Holy Spirit, the Spirit who leads into all truth. The world at large cannot receive him, for it isn’t looking for him and doesn’t recognize him.” John 14:17
When the pyramid of the human body suffers a spiritual fall, the security of his heart behind the rib cage gets shattered due to cracked ribs, his broken limbs fail to lead him in the right direction and his fractured skull exposes his otherwise sheltered mind to the evils of the world.

What is interesting is that such accidents can easily be avoided, but the charm of the spiritual understanding of the festival gets covered up by commercialisation, politicisation and hooliganism which have made it into a big time event in the city of Mumbai. The prizes scaling up to eleven lakhs and above are obviously political offers to many pyramids of vote banks.
It is not difficult to observe this festival symbolizing great spiritual wisdom, sprayed with communal colours. Inevitably there are clashes between rival mandals which lend an appearance of an uncouth sport rather than a celebration of the glory of the Spirit.

However, when some minds like those of the courts of law and order try to save those who have been exposed to the degrading drop of their original beauty and purpose of life, the egoistic politics snub the righteous courts of disrespecting the religious sentiments of people and blame them of interfering in traditions because according to them all have knowledge of the essential matter and a little action packed fun would surely not cause any harm. 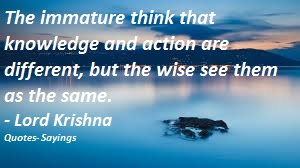 Some fractured bodies which then fail to understand right from wrong, get dangerously exposed to the lotteries of the senses. Soon greed of the ego successfully overshadows the need of the Spirit.

If only we could understand that the two buildings from which the rope is tied to hold the butter pot are the two paths of life; the path of righteousness and the path of evil, what a saving grace it would be to our intelligence. How simple it would be for man to easily walk straight towards righteousness leaving the evil behind! Instead how wastefully he climbs the pyramid of his greedy ego and falls to everlasting death. As the first century philosopher Lucius Seneca would say, “...we are not ill provided but use what we have wastefully”.
Posted by Unknown at 08:49