GO NOT TO THE TEMPLE

DO YOU NOT KNOW THAT YOU ARE THE TEMPLE OF GOD AND THAT THE SPIRIT OF GOD DWELLS IN YOU? 1 Corinthians 3:16 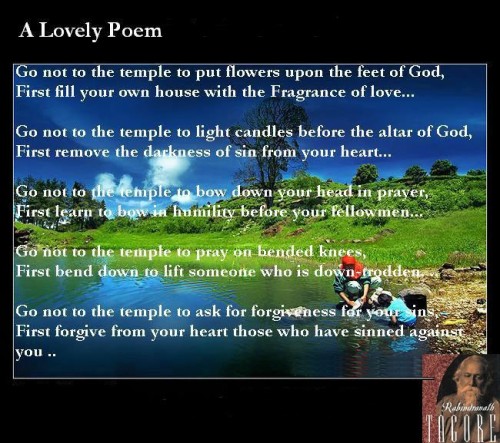 The present scenario of women feeling jubilant after their win to enter the sanctum sanctorum of the Shani Shingnapur Temple was certainly a moment of victorious celebration for women; some of whom wanted to demand their right to equality, whereas some others had the need to express their grievance of being left out in worship.

From time immemorial women have sadly been confined from the joy of inclusiveness simply because of their womanhood.  It was only when the Bombay High Court stated that everybody had equal rights to worship, that the shackles came off.

What followed then was a tickle to hear that the temple authorities in some places decided on which women they would allow to enter the restricted area, getting God embossed in sculptors and imparting to Him the quality of partiality. However after the government felt duty bound to protect the rights of women, it was a guffaw to hear the highest ranked Hindu seers say that the entry of women inside the temple would soon lead to a rise in a crime like rape.

How disgustingly low could a leader stoop to utter such rubbish! If the men of India can even think of considering rape as God’s curse on women, then they surely need help for their heads in order to function respectably below their waists.

The present agitation, we are made to believe, began due to the purification which was done last year after a woman had managed to do what men alone were allowed to do at the said temple. If this is a fact, then I wouldn’t flinch from concluding that our so called religious men are too insufficiently short in intellectual height to reach and understand the desires and wishes of women trying to scale partitions of sexual discrimination. They are caught in fear of the creative force in women and therefore in a fix ‘to give or not to give’ the aspiring women the rights they demand.

At one extreme, some men dig up archives and reach so far back into history to proclaim the strength of the Rani of Jhansi who struggled with a child strapped to her back for freedom and on the other side they block documentaries like ‘India’s Daughter’ who can never be forgotten and who lives in every woman partly in fear and partly in pride, I guess.

I'm sure that the commencement of this religious drama will now continue to have a chain of performances temple after temple; and yet I wonder if it will really be worth the show. 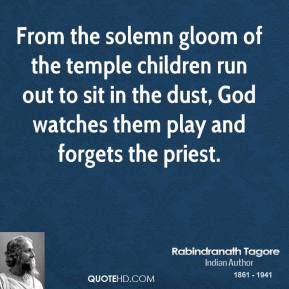 Somehow, I see a cloud of confusion in front of my eyes. I have begun to wonder if it was Adam who had followed Eve when she sinned and lost her innate connection with her Creator, being tempted by Satan, or is it today’s Eve who is trying to follow the present day Adam’s mindless footsteps of worship which has I believe, NO GOD in it.

Why should the women today fight to enter empty structures? Why can’t they simply leave the ignoramus to live the fate of their faith? It is almost unbelievable that today’s intelligent woman feels the need to mimic the acts of foolish men. Even a 16th Century scientist, Galileo Galilei had said, “I do not believe that the same God who has endowed us with sense, reason and intellect has intended us to forgo their use”.

Mankind today is largely caught up in a delusion which he calls ‘Faith’. It blinds him to the extent of absolute stupidity making him utter mindless threats and performing cruel works against his own kind, leave aside the barbarous sacrifices he performs. The Shankaracharyas who make asinine comments, successfully make a mockery of The Supreme Power. Many a times if observed correctly, religious rituals are an outcome of selfish reasoning. Even an atheist would be better than such men of God; at least he wouldn’t be conniving to cause pain to others. God would never oppress, He desires to liberate and to unite; but it is his men on earth who call themselves great pujaris and pundits of scriptures who are the ones who make walls that divide.

My plea therefore, to the women of intelligence is to not waste their time fighting for rights to enter empty stone artifacts and instead recognize their self worth.

And what agreement has the temple of God with idols? For you are the temple of the living God. As God has said: “I will dwell in them and walk among them. I will be their God, and they shall be My people.”
2 Corinthians 6:16
Posted by Unknown at 03:44