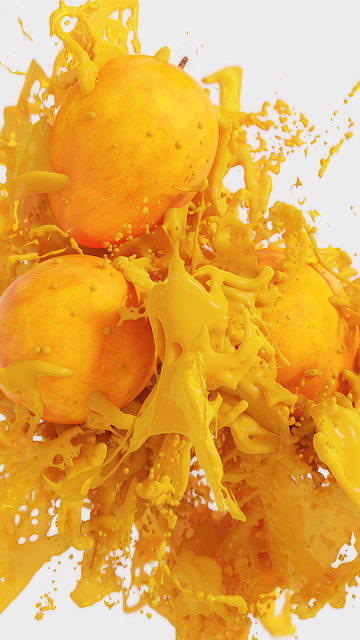 Picture a little chubby baby girl of may be four or five years of innocence in all, sitting on the ground in her skin and coloured in mango juice. Yes, that was me years ago living in the age of purity, innocence and incorruptibility. The king of the fruits was my favourite!  As soon as the fruit would flood the market, my mother would bring dozens to be enjoyed by all at home. There were no shakes or deserts or ice-creams or faloodas or as a matter of fact any other extensions of it. It was left to be consumed in all its basic rawness - just as it came.
The most vivid picture of me set in my mind, as my mother had often described it later to me when I was all grown up and filled with etiquettes of refined living was deliciously sweet though quite embarrassing. As told by her to me and not that I remember any of it honestly, she would place me most comfortably dressed only in my frilly panties in the middle of the room so that my body would not touch any furniture in the house. I would be made to sit longingly on the spread of old newspapers while she wiped the yummy fruit in front of my eyes, lifting it up from a vessel of cool water it had been soaked into for a few hours. Like Pavlov's dog, my mouth would begin to water and then as soon as the plate would be kept in front of me the indulgence would begin. The fruit as usual was so appetizing that I would instantly begin pumping it with my tiny fingers and pull at its flavours into my hungry mouth, generously feeding it to my whole body as if transforming myself into a satiated mango baby. I must have been a sight to see!
On the side, my mum would keep water for heating so that the moment my indulgence would be over, she would lift me up and put me into a nice warm bucket of water to cleanse myself of the flavour of the season and smell like a baby and not a mango till the next day.
Honestly, I don't see children eating that way anymore. Probably no one anymore has that faith in the purity of the fruit. With the kind of stories of pesticides and what not floating around, I wouldn't blame them for cutting the fruit and testing its insides before giving it to their children. The laborious and exciting manner of eating is no more the delight of the kids. In fact, some children, I have heard do not even bite into pieces of the fruit. Their mothers remove its pulp and they eat that from bowls, its pristine essence all lost with the touch of the spoon.
This season, I ordered a mango chocolate cake for my kids thinking that they would delight in it but I was proved wrong. What I heard from them took me back to the good of days with of the frilly panties and newspapers under them. 'Mum, you can't mix a king with anything lower than his status. He is complete in himself.' Truly my mother had known this truth in the days gone by and probably had whispered her grass root understanding to my kids.
Pic.courtesy: Google