DON’T LET THIS OPPORTUNITY PASS BY 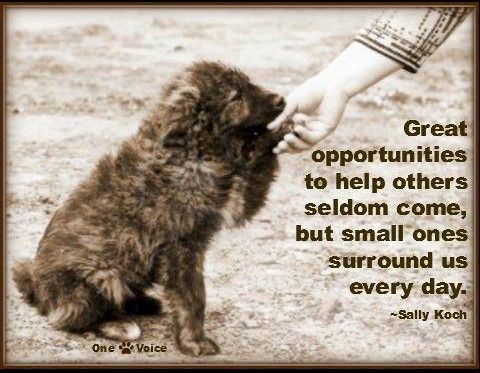 She was dejected with life and said that they didn’t understand nor respect her anymore. It seemed strange that people could be so harsh, that friends could get so judgemental and family so angry. Why, what had happened to this 17 year old to feel so horrible? The answer was flimsy. She had cleared her biology paper in the second attempt. People around her had failed to participate in her joy of clearing something that was initially difficult for her and had instead with all their sadism held on to her past failure.
Such stories today are not uncommon around us. Dejections, frustrations, disappointments, discouragements, despair, melancholy have set as if a blanket of gloom over people of all ages. Some are unable to clear exams, some are unable to clear relationships and some are unable to have a clear picture of life. They seem to always find fingers pointing towards them and these are sharp pokes. They hurt and therefore seek help. Not necessarily professional help because the problem may not be too deep though too painful. All they need is ears which have time to listen to tears - the expressions of words.
Of course we all know too well that we are living in an electronically connected world which has got us so entangled in the hands free mode that we have almost forgotten to make use of our limbs to lift up the ones bent in sorrow or even hold their palms and lead them out of a hurting mind. They are the others whom some others like us make little attempt to understand. Our world today has got disjointed. Many families here have failed to understand that their members are different people with different adequacies. Our world today needs coaching lessons to be non-judgemental about differences. What may be absolutely facile for one member of the family, may be a herculean task for another.
A perfect way to demonstrate this is to watch the Marathi film Kaasav – A Turtle. The turtle in the film is a metaphor for conservation. We need to have the spirit to conserve our people who seem to have a different mindset and vision to view happenings around them. Maanav, the youth in the film is a typical youngster battling his way through life. A smart young student, he feels a misfit at home as well as in society and steps out so completely dejected with life that he feels no reason why he must continue to allow it to exist in him and cuts his wrist and sits to bleed. What is to be noticed here is that before he does this, he throws away his mobile charger probably indicating the need for a humane touch and not just a touch screen. Miraculously though he gets saved and is picked up by a good soul; Janaki, who has suffered loneliness and has travelled from America to her hometown in search of silent existence. Since she has a caring heart, she gets offered to work on a project to save turtles on a beach in Goa. In the silence of this place where the only sounds one can hear are of birds and waves lashing on the beach, she takes care of Maanav allowing him to open up at his own pace. There is communication that happens in the silence of words. The tragedy of our times is that we are so lost in the cacophony of words that we fail to give silence its due credit as a healer. In our impatience we rush to give healing and fail to understand that time heals best. There are some turtle people in our world and we need to preserve them. In this rushing fast coach world, there are some slow coaches who would do perfectly well if they were allowed to move at a turtle’s pace. There would be times when they would come out and open up and there would be times when they would wish to hide under their thick shells; safe and away from the predators of scorns and ridicule.
As a society, we need to become like Janaki working towards conserving them because they are also a part of the future of our world. The problem does not lie in them, but in our understanding of their different capabilities. The turtles, though not capable of putting a few miles per hour, can swim as fast as 22 mph. They just need the right space to move. Another peculiarity of the turtles is that the mother turtle lays eggs and then moves away back into the sea. The babies hatch and begin their journey independently towards the waters. These turtles are seen to have tears in their eyes. Scientifically speaking they need to run the tear glands continuously to maintain the correct balance of salt in their bodies and these tears also help flush sand from their eyes. Some people however imagine that these tears are because they have to leave their children behind and they cry consistently even in the sea because whenever they see baby turtles they wonder if these are their own babies. A stranger thing beyond these tears is that there are butterflies which have been spotted who actually drink these tears. What a startling behaviour one can say! It is because they gather minerals through these tears. To stretch the metaphor further one could say that we need butterflies like Janaki who can drink the tears of such turtles and build up on their worth of empathy.
Probably, if we cannot listen to the sound of tears, we are truly a handicap world.
pic. credit: Google