Our Father in heaven Give every woman a Mind of her own and the courage to use it. 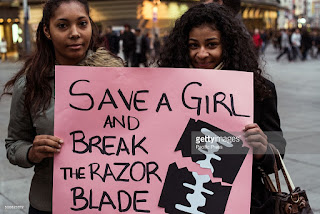 Very often women are blamed about not writing matters of great importance. In fact quite often their work is referred to as ‘menstruation works’. It is when the men who deal with greater works and who become the cause of ‘small problems’ of women, that the bleeding sex begin to share their vulnerabilities.
Shame for women has always been a devious silencing strategy. The ‘small things’ that they write about are because big things are done to small parts of their lives and which in pain pour out tears in small themes. 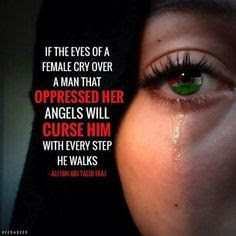 Charles Darwin in ‘The Descent of Man’ talks about how no body part which can be unnaturally modified has ever escaped the mind of savages. The motives of such mutilations he says, could be varied; such as connection with some religious rite or a distinguishing mark of a tribe. He continues to explain that if such savage behaviour were not to be put an end to, it would persist for long periods; such as the inhuman mutilations which would then gradually become a distinctive mark of the savage tribe even though its beginning may have set about for whatever reason.
It’s sad that even today some educated societies shelter such savage tribes and continue to live in ignorance, not flinching from torturing little girls and women, so that they can rest their doubting minds in peace and enjoy the wounded bodies.
Of late, one could say that the women from the Muslim community are undergoing an awakening; the Triple Talak issue, the entry for women into the mosques and now the Female Genital Mutilation or Female Circumcision which has been broadcasted to the world after being an open secret for years.
The spiritual leader of the community, who is considered to be the voice of God on earth, has caused a lot of inconvenience, pain, humiliation and damage to the lives of many women of the community. The man-god’s confusing and ambiguous statement has no clarity whatsoever and shows the fear of public ridicule when spoken in strange concealment. The community today needs to ask very obvious questions for comprehensibility of words spoken. “The act must be done. It needs to be done discreetly when it is a woman, but it needs to be done.” Why such discreetness and why the need?
The Apostle Paul reminds us when he speaks to the Romans about the outwardly act, “....circumcision is that of the heart, in the Spirit, not in the letter; whose praise is not from men but from God.”
Medical science has no answer for this chauvinistic need feeding the male ignorance and ego, which is inconsiderate to the suffering caused to little girls. A traumatic experience they would never forget!

Such a voice of God, which is inattentive and thoughtless towards His creation, needs to be checked for its originality and authenticity.
There are certain questions which one needs to ask oneself before accepting to bow down to such position supreme:
Can a man-god on earth who turns blind to the physical and psychological problems of the women be God?
Can a man-god on earth who believes that the removal of the part of the clitoris (made by God) to be a religious duty, be a God?
Can a man-god who favours and encourages pervert sexual pleasures of men be a God? (Since it is believed that FGM helps men experience better sexual pleasure)
A gory act carried out in dark hideouts with hot knives and blades and the ghastly screams of trauma of little girls, is no more a secret in this city of light, Mumbai. Scarred young girls from the Bohra community, a Shia sub-sect have come out to talk about the act of betrayal of a tradition which the community has failed to cut off from and prefer to instead cut its women and little girls. The belief that the cutting of the ‘immoral lump of flesh’ would stop a woman from deriving pleasure and which would  in turn halt any of them from straying from loyalty, is a mindless tradition, an evil passed on from mother to daughter where the fathers have always turned a blind eye. It is unbelievable to see an educated, progressive and modern community still continuing a savage practice of tormenting its women.
What can one say of a community that betrays its daughters and secretly indulges in female abuse and child abuse behind closed doors in the name of tradition? A community that wears blinkers to prevent noticing the physical, psychological and sexual damage due to its gender violence is the same community that encourages its girls to study but robs their human rights to feel any pleasure in future, at an age when they in all their innocence cannot even protect themselves.
A voice can be heard in the wilderness of tradition screaming to be paid attention to; a voice crying out for help to be saved from a deceitful, betraying and uncaring community. Today the same voice has become loud and clear. Once upon a time may be the feminine vocal cords were unable to change because they were not aware but now that awareness has covered their minds, they cannot help but change. It’s time that the women of the community and the men who honour them stop listening to the voice of men-gods and instead hear a voice whispering from somewhere deep within their insides. If one is observant enough, one will not miss noticing that men, who do evil completely and cheerfully, do it out of religious convictions only.
When blockheads make gods out of fatheads, they surely suffer the fate of fools. There cannot be anything that is unholy about the human body since it was made in an image of the creator unless the human gods prefer to chisel out the image as per their convictions and beliefs of sanctity. In fact, if one were to hear Walt Whitman they would begin to see the holiness of the image in itself. “If anything is sacred, the human body is sacred.”
It’s time the men of the community stood up to the secret sufferings of their women and stopped their abuse. They may not be holding the knives or the blades but the blood is yet on their hands in their silence. 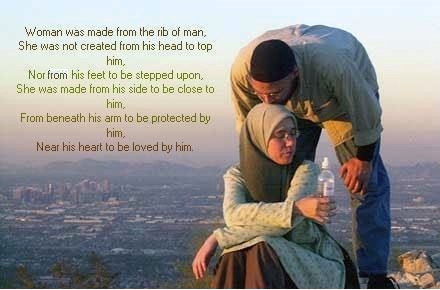