AN AMAZING BED OF ETERNAL SLEEP 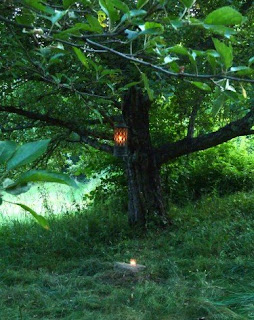 Oh mother! Don’t shed tears for your son.  Would you, if he were in another land, busy fulfilling the purpose of his journey? You would miss him no doubts. From time to time you would pull out those family albums buried under your precious saris and then sit perhaps near a window which would allow the light from the sky to filter in on the pages you turned. Some pictures would lead the way to a stream of thoughts. Your gaze would shift its focus and your eyes would have a blank look in them. Suddenly though, an unexpected smile would light up your sad face because you were glad you knew he was safe.

Oh mother! It is dark all around you. You wonder if you had signed up for this. What a journey you are crossing! There are hills and valleys you have to scale and then of course, there is the peak you have to reach. You are into a battle – an emotional one. They say every trouble gives an opportunity to grow and learn. But you have grown enough and learnt more than enough. No more weights of pressure you want to carry.

Oh mother! There is a thin line of light filtering into the darkness around you. It shines in your eyes and moves to your heart. It pulls at the string to release the captivated love and a shower of peace springs forth. Is there a goal you have to reach? You don’t know if there is one; but you walk taking strong strides of faith. I can understand how hard it must be mother; but they say: faith moves mountains. The shadow of grief has to make way for the dazzle of faith.

Sitting by the window, mother, go through the albums and smile at your little bundle of joy, now united in eternal exuberance of joyfulness. You know he is safe for sure.

It is now the night of his life and he sleeps soundly. What an amazingly lovely bed he has under the cool shade of the swaying branches of a tree. In the rustling of their leaves, they sing to him a lullaby. Don’t worry mother, he is awakened now in the Lord.

“But God raised Him up again, putting an end to the agony of death, since it was impossible for Him to be held in its power.” Acts 2:24
Posted by Unknown at 07:02