Today I had the privilege of meeting Sister Patricia Siemen – a voice for the voiceless. Sister Pat (as she is popularly known) is a Dominican Sister from Michigan, USA, and an attorney.  She has served as the Director of the Centre for Earth Jurisprudence, Barry University School of Law and is currently on a sabbatical for a vibrant Earth Democracy movement across faiths, disciplines and countries. 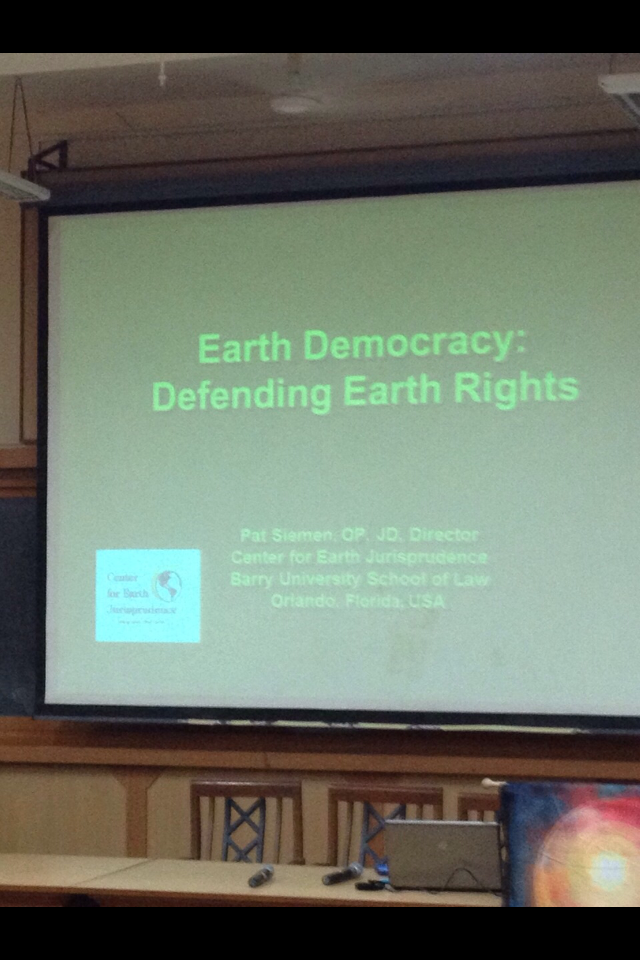 An amazing lady, Sister Pat travels to spread the message of love for my mother earth.  I have an inherent love for mother earth as it was inculcated in me by my mother who taught me to bow down and touch the earth every night before I retired to bed as a sign of thanksgiving.  And so after meeting Sister Pat I have once again a desire to share her views and mine about the value of the planet earth with all my readers.

Actually it is all about the choices we make, which make a difference to the planet we live on. As Deepak Chopra says, ‘You and I are essentially infinite choice-makers.  In every moment of our existence, we are in that field of all possibilities where we have access to infinity of choices.’
Our planet earth today is in need of warmth and humility from the human community.  Sister Pat speaks about ‘Earth Democracy’ where each of us who inhabit the earth participates in decisions that affect our life which is not disconnected from the life of the planet.

As a student of law many years ago Sister Pat began work to provide help to the voiceless (the poor on this earth) and make homes for giving them shelter.  But she was shocked when she was told that the place for development could only be given if it didn’t have any endangered species of birds or animals over there.  This knowledge came as a rude surprise to her as she felt the humans had more right over any land than the animal world did. 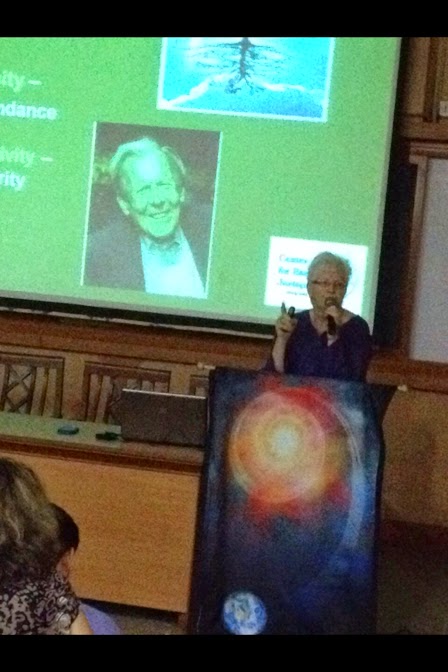 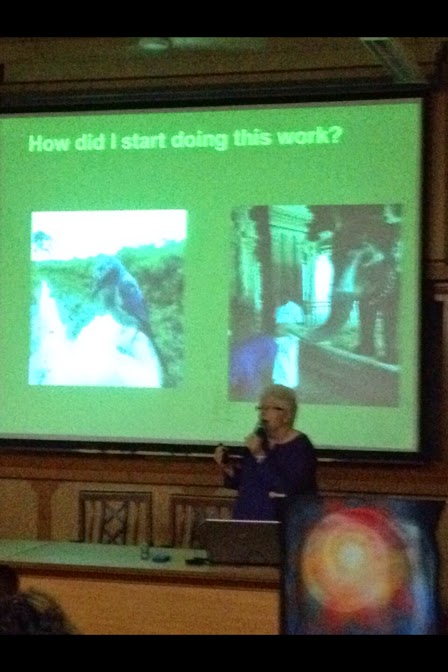 The robotic man today has downloaded a lot of the planet into his daily living due to his greed and only a few rise above this desire to acquire and possess more than needed.
A sudden transformation came into the life of Sister Pat when she heard a radio talk by Mr. Thomas Berry, where he said that if all the species on the earth had an opportunity to vote, they would vote the human species off the planet.

It was after hearing him that she realized that the Human Rights she as a lawyer was fighting for was only a part of the rights of the larger community of existence. Mr. Berry successfully brought to her notice that there needed to be someone who could speak for the rights of the mangroves, the tribals, the rivers, the seeds alongside the speakers who spoke for the rights of humans.

She realized that her thoughts of care needed to expand to incorporate within, species besides the human beings.

Man has always belonged to a single comprehensive community but he has just not recognized his belongingness to it.  In India, such belonging is easier to understand than in the West because the Indians have their gods who have their special animal escorts.  Worshipping the animal species then becomes easier for the followers of these gods representing different forces of nature. In the pictures you can Sister Pat with a bird on her head and an elephant touching her head which she takes reverently as a blessing from the animal kingdom or from the Lord Ganesha; whichever you may choose to believe.

Today we humans have reached an Ecological Crisis due to our voracious and avaricious desire to collect and dig into Mother Earth without any limits of satisfaction.  Research says that man has already used 60% of the ecosystem services and destroyed it. These services are the many benefits the earth has provided to support life on it.  If we do not put brakes on our greed, it could be probable that by the year 2030 we will be in need of two earths, when disappointingly we have only one.
We need to therefore act quickly with wisdom or we will land ourselves in wars for water and food. The escalation of consumption today, needs a humane response to find new ways to live simply.
A change in the pattern of thoughts from our day to day functional requirements to the cosmological world requirements has to come from within us.  An inner transformation which will allow us to hear the Voice of Conscience which has been buried under the loud sound of wants has to be practiced by us.

No amount of books or lectures on this internal, soothing music will help us to understand this need for love.  It is only our individual and independent self discipline which will lead us to apprehend and practice our limited needs.

Our economics today therefore must reach out to serve the planet and not just humans.  Our education too must help us honor, appreciate and value our belongingness to something much larger.

If only we all could love our place of existence and bow down to touch the earth with reverence! 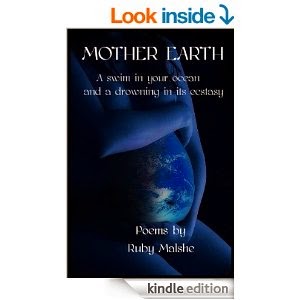